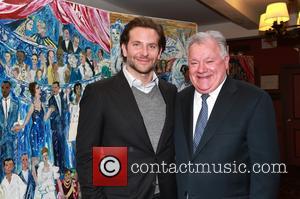 The New York theatre district enjoyed its highest-grossing run in history across the 2014-2015 season, which featured appearances by Cooper in The Elephant Man, Jackman in The River and Mirren in The Audience.

Box office sales rose 7.6 per cent on the last season with takings of around $1.4 billion, and attendance numbers also swelled, according to figures released by the Broadway League.

The best-selling shows have been named as The Lion Kin, Wicked and The Book of Mormon.