Bradley Cooper says he would ''never'' sleep with Jennifer Lawrence despite starring in three movies with her because they are just friends. 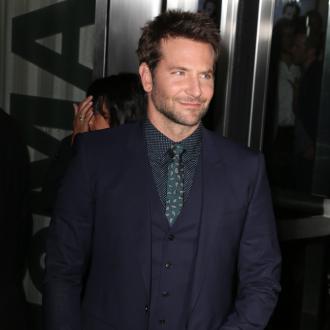 Bradley Cooper says he would ''never'' sleep with Jennifer Lawrence.

The 'Burnt' star, who is dating Russian model Irina Shayk, has appeared in three films alongside the Oscar-winning beauty, 25, but insists they have never been tempted to take their friendship further.

Asked if they were ever going to hook up, the 40-year-old actor said: ''Never.''

Bradley, who split from 24-year-old model Suki Waterhouse earlier this year after two years of dating, previously suggested Jennifer was much too young for him, but says their 15-year age gap isn't the reason they have never gotten together in real life.

He told Howard Stern on his SiriusXM radio show: ''I said that once on a red carpet just as a diffuse thing and then it became a thing because the girl I was seeing was as young as she was.

''It just didn't happen. It's not the way we are together.''

Meanwhile, Bradley thinks Amy Schumer is ''very attractive'' and is worried he creeped her out after she joked they were dating on 'Saturday Night Live' because he refused to let her leave his side at the Time 100 Gala last April.

He explained: ''All that stuff of her getting called and me saying no, no, no - that really happened. I thought I was getting a little creepy because I was making her stay.''