Bradley Cooper felt ''worlds apart'' from his close friend Leonardo Dicaprio when he first met him while working as a hotel doorman. 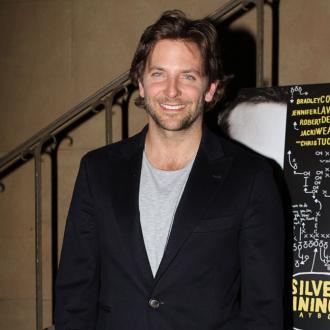 Bradley Cooper used to be jealous of Leonardo Dicaprio.

The 'Silver Linings Playbook' actor had a memorable encounter with the Hollywood A-lister when he worked as a hotel doorman and felt ''worlds apart'' from the star, who is now a close showbiz pal.

Bradley confessed: ''I worked as a doorman all through grad school. I remember taking Leonardo DiCaprio up to his room, and I was in the elevator with him and, like, seven of his friends. It was around the time of 'Titanic'.

Despite achieving worldwide success thanks to 'The Hangover', the actor can't believe he has so many famous faces on speed dial and is still in awe of his co-star Robert De Niro, who is so cool he finds himself copying his mannerisms.

Bradley added to ShortList magazine: ''To this day, I can't believe [I'm friends with him]. He's infectious. You know when you're with some of your friends and you just start to act like them?

''That's what he's like. When you're with him, you find yourself just starting to adopt some of those mannerisms through osmosis. I draw the line at going to get a Mohawk, though.''