Why Bradley Cooper Didn't Wear Any Underwear To White House

Bradley Cooper reveals to Ellen DeGeneres that he couldn't fit his underwear on while attending the White House state dinner due to gaining weight for a movie role. 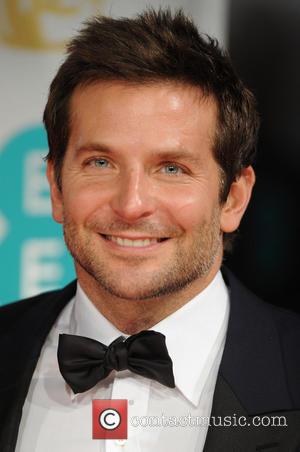 Bradley Cooper recently had the privilege to attend the White House state dinner.

But when meeting President Barack Obama the 39 year-old actor wasn't wearing any underwear.

So what was the reason for Cooper to go commando to such an illustrious event?

Cooper made the revelation while appearing on 'The Ellen DeGeneres Show' on Monday (Feb 17th), and tried to explained his bizarre wardrobe decision.

"So I'm prepping for a new movie . and nothing fits anymore," Cooper said to Ellen, trying to justify leaving his underwear at home.

"I wore the tuxedo I wore to the Golden Globes. I just sort of threw it in the bag and brought it and went to Washington, D.C., and then I'm getting dressed like 10 minutes before I was supposed to go and literally the pants go up to like here," he said while gesturing with his hands.

"So I had to go commando; number one, because there was no room at all."

Although it isn't a surprise the audience members, mostly made up of female fans, applauded his bold move, the 'Silver Linings Playbook' actor hated it.

"It was a nightmare, but I made it through," he recalled.

The movie role in which he is gaining weight for is to play Navy SEAL Chris Kyle in the forthcoming 'American Sniper'. The film, which Cooper is planning to gain 20 more pounds for, is based on Kyle's bestselling autobiography about his experiences in the armed forces.

While Bradley was appearing on the show he didn't want to waste an opportunity and asked Ellen, who is emceeing this year's Oscar's, if she has any spare tickets lying around.

"Maybe you have some in," the 'Hangover' actor said. "So I'm trying to take more than one person."

But the talk-show host quickly stopped Cooper in his tracks and abruptly said, "You can't."

Cooper is nominated for Best Supporting Actor for his role as FBI agent Richie DiMaso in David O.Russell's 'American Hustle'.

Watch Bradley Cooper's appearance on 'The Ellen DeGeneres Show' below