Bradley Cooper is said to be in talks to play Lucifer in a film adaptation of John Milton's 17th century poem 'Paradise Lost'. 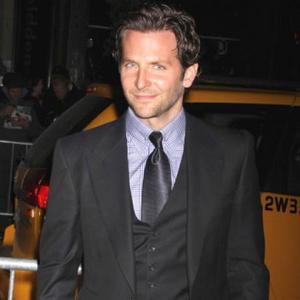 Bradley Cooper is in talks to play Lucifer in 'Paradise Lost'.

The 'Limitless' actor is set to take on the dark role in a film adaptation of John Milton's 17th century poem, in which the evil archangel wars with heavenly forces and tempts biblical figures Adam and Eve from God's path, leading to their expulsion from paradise.

Although they haven't yet made an offer to Bradley, bosses at Legendary Studios are said to be keen on him to play the part after he helped launch their 'The Hangover' franchise.

The movie is being directed by Alex Proyas and has had a number of writers working on The Script, including Stuart Hazeldine, Lawrence Kasdan and Ryan Condal.

Coincidentally, Alex is also involved with the remake of his 1993 movie 'The Crow' - which Bradley has also been linked to.

The star is being pursued by Relativity Media for the role of a rock musician who is murdered while trying to save his partner, only to be resurrected and seek his revenge.

Brandon Lee played the role originally, but was killed during production when a gun - which was thought to be a prop but still had a bullet loaded - was fired at him.

Production on the film is due to start later this year, with Tucker Tooley ('The Fighter') on board as an executive producer.