Bradley Cooper is set to star in and produce 'American Sniper', which is based on the autobiography of Navy Seal Chris Kyle. 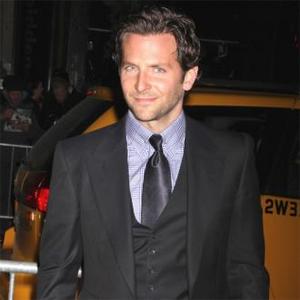 Bradley Cooper is set to star in 'American Sniper'.

The 'Hangover' actor is to produce the movie - based on the autobiography of Navy Seal Chris Kyle - through his March 1 company and is also expected to take on the lead role.

Jason Dean Hall is writing a script based on the book - which has the complete title 'American Sniper: The Autobiography of the Most Lethal Sniper in U.S. Military History' - which reveals how Kyle recorded the highest number of sniper kills for an American and has been praised for its honest first-person account of a man who shoots from far and close distances.

The book also features passages from Chris' wife who reflects on how her husband's passion switched from her to war and the SEALS.

Bradley will produce along with Andrew Lazar and Peter Morgan, while the scriptwriter will serve as an executive producer. Chris and his co-authors Scott McEwen and Jim DeFelice are the rightsholders.

The 'Limitless' star has four movies set for release this year, 'The Silver Linings Playbook' - the follow-up to 'The Fighter' - 'The Words', 'Hit and Run' and 'The Place Beyond The Pines'.