Bradley Cooper: Suki Waterhouse is the one

Bradley Cooper gushed about his ''wonderful'' girlfriend Suki Waterhouse who he thinks is ''the one''. 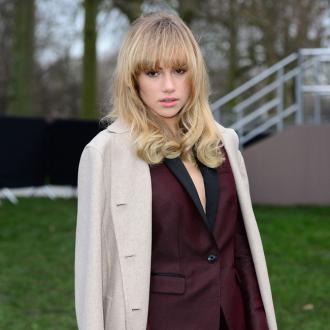 Bradley Cooper says Suki Waterhouse is ''the one''.

The 39-year-old actor - who has dated actresses Zoe Saldana and Renee Zellweger and was previously married to Jennifer Esposito - hit it off with the 22-year-old model after they met at the ELLE Style Awards last February and he thinks the blonde beauty is perfect for him.

Bradley's mum Gloria is ''backing'' the couple - who were seen cosying up to one another at the EE BAFTA Awards at the Royal Opera House in London's Covent Garden on Sunday (16.02.14) - to get married and her initial worries about their age gap have ''vanished''.

A source told The Sun newspaper: ''Gloria's been really won over by Suki.

''She's backing Bradley all the way if he wants to tie the knot with her.

''She thinks Suki is great for him and, although initially a little concerned about the 17-year age gap, that vanished as soon as she saw them together.''

Bradley is eager to settle down and start a family with Suki but she has confided in her best friends Cara Delevingne and Georgia May Jagger that she is worried she is too young.

A source previously said: ''Suki's been texting Cara saying that Bradley wants a wedding before he's 40, but she's worried she's still too young, even though she's besotted with him.

''Cara and Georgia May [Jagger] have told her to go with it and let it happen.''