Bradley Cooper and Zoe Saldana have split up again and sources say they were both too busy with thier careers to have time for romance. 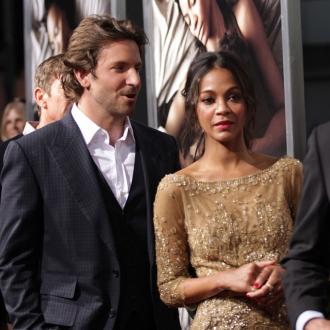 Bradley Cooper and Zoe Saldana have split up again.

The 'Silver Linings Playbook' actor and the 'Avatar' actress - who reconciled their relationship in September after a six-month split - decided to break up before the Christmas holidays, even though they had been planning to spend the festive season together.

A source told the New York Post newspaper: ''Zoe had planned to spend the holidays with Bradley and his family in Europe. They all were going to Paris, but things didn't work out between them. Zoe spent New Year's Eve (31.12.12) with friends in Miami.

''If Zoe was upset over the split with Bradley, she didn't show it.''

Sources say the romance fizzled out once more as they were both busy with their careers - Bradley is currently promoting 'Silver Linings Playbook' as well as shooting a commercial while Zoe has been filming 'Star Trek' and 'Blood Ties'.

Bradley, 37, and Zoe, 34, met on the set of their movie 'The Words' and dating for three months before splitting last March.

Recently it was claimed Bradley's mother, Gloria, was keen for him to settle with Zoe and had been spending time with her to discover if she was the right woman for her son.

A source said: ''Gloria loves Zoe, but she wants to know what her intentions are with the relationship. She knows Zoe isn't getting any younger and is hoping that if she is the one that they will settle down soon.

''Ideally, she wants a grandchild so the pressure is on for Bradley to put a ring on it.''