Bradley Cooper claims he used to win over women with his impressive dance moves when he was younger. 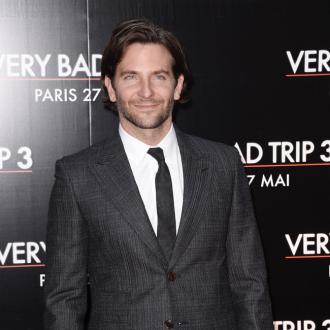 Bradley Cooper used his dance moves as a ''way in'' with women when he was younger.

The 'American Sniper' star - who is dating model Irina Shayk - showed off his fancy footwork on the 'Late, Late Show with James Corden' and admitted it always wowed the girls when he was a teenager.

He joked: ''I did well in the Bar Mitzvahs growing up. I couldn't wait to get on the dancefloor, that was my in.''

The impressed host said: ''Oh my God! That was impressive. You pulled out some moves, which was exceptional. You've got some moves in your locker.''

Bradley was joined on the show by fellow actors Andrew Garfield and Jake McDorman and the British host joked they all looked like the ''best boy band'' ever created when all seated on the sofa together.

He said: ''We're just four hot guys hanging out. We are like the best boy band anyone could ever create, aren't we?

''[Jake is] the cute one, [Andrew] is 'the one with edge and [Bradley] is the guy who's everyone's favourite little sweetheart.