Bradley Cooper is to star in a Broadway production of 'The Elephant Man'. 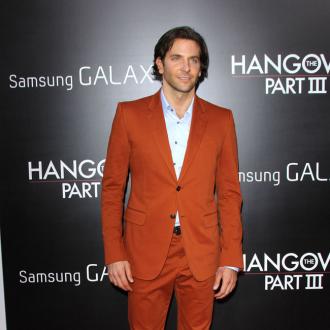 Bradley Cooper is to star in 'The Elephant Man' on Broadway.

The 'American Hustle' actor will reportedly portray disfigured John Merrick - who toured the UK in a freak show before being rescued by Dr. Treves - on the New York stage ''without the aid of make-up or prosthetics'', Entertainment Weekly has revealed.

He previously played the role in a limited run in 2012 at the Williamstown Theatre Festival in Massachusetts. It is unclear whether his co-stars in that production, Patricia Clarkson and Alessandro Nivola, will also appear in the Broadway show.

The play will mark Bradley's first return to the New York stage since his 2006 stint opposite Julia Roberts and Paul Rudd in 'Three Days of Rain'.

Bradley, 39, isn't the first actor to take on the role - which was played by John Hurt in a 1980 movie adaptation - on stage.

Billy Cruddup was nominated for a Tony award when the play last appeared on Broadway, in 2002, while 'Star Wars' actor Mark Hamill and singer David Bowie are among those who have also starred in the production in the famous New York theatre district in the past

The 'Silver Linings Playbook' star previously said the 'Elephant Man' movie was one of the films that ignited his passion for acting.

He said: ''My father was a huge cinephile. I remember watching 'Raging Bull' with him on cable when I was 10 and, when I was 12, him showing me 'The Elephant Man' and 'Apocalypse Now' - all these crazy movies.

''We used to play this game, 'Would you put him in the movie?' We'd pretend we were putting together this great film and decide whether an actor was worthy to be in it. It was this adorable father/son thing.

''I would live with movies for weeks, pretending I was whoever was in it. As a kid, I just knew I wanted to be up in that world.''