Bradley Cooper opens up about the humanity of 'Guardians of the Galaxy'.

'Guardians of the Galaxy Vol. 2' is one of the most eagerly anticipated films of the year as fans gear up to learn how the relationship between this rag-tag team of angsty super-heroes has developed since the original 2014 movie. Star Bradley Cooper opens up about the 'kitchen sink drama' aspect of the series.

Bradley Cooper voices Rocket in 'Guardians of the Galaxy'

Following the massive success of the first film, it seems that 'Guardians of the Galaxy' is one segment of the Marvel franchise that even those who aren't ordinarily fans of the universe can enjoy. It's not just about showing off incredible powers and saving the galaxy, it's about the everyday struggles of love, friendship and prejudice that the characters face in between adventures.

'I think one of the reasons why I've really enjoyed this type of film that James [Gunn - director] is making is it's spectacular and of another world, yet it seems so kitchen sink drama', says Bradley Cooper, who plays the genetically-engineered raccoon Rocket.

'It seems like such a movie that you can relate to', he continues. 'Everything seems so human. So you have this tree and this mechanised raccoon who feel very much like people you may have grown up with or you know. James just has his finger on the pulse of humanity in that way.' 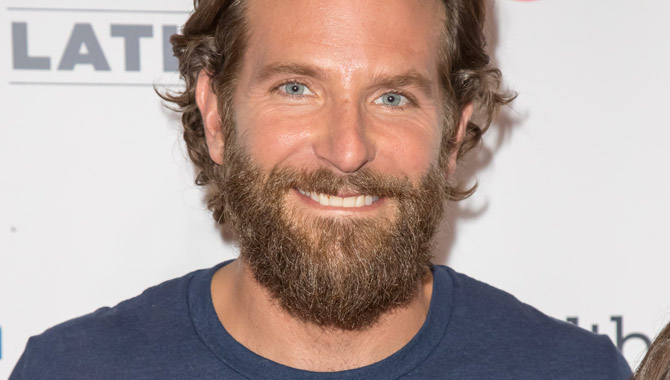 Bradley Cooper pictured at Stand Up To Cancer event

He is currently filming for next year's 'Avengers: Infinity War' in which he will reprise his role as Rocket, as well as musical drama 'A Star Is Born' co-starring Lady Gaga. He'll soon begin work on Gavin O'Connor's war drama 'Atlantic Wall'.