Bradley Cooper is a rubbish cook

Bradley Cooper realised how bad his cooking skills were while researching for his role as a chef in the forthcoming flick 'Burnt'. 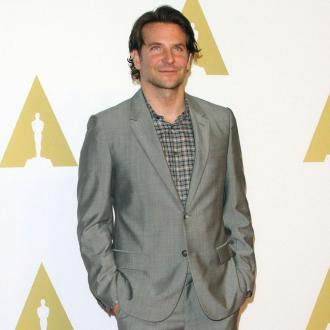 The 40-year-old star - who plays chef Adam Jones in 'Burnt' - admitted researching for his role made him realise he ''can't cook'', even though being in the kitchen is ''soothing'' for him because it reminds him of his family.

Bradley said: ''When I was a kid I would screw up cooking with my grandmother. It was an Italian family, so cooking was a huge part of it. Being around food is very soothing to me.

''My grandfather had a garlic business. I grew up with that environment, and it reminds me of my childhood... I actually learnt how much I can't cook by doing this film.''

The Hollywood hunk didn't get much time to study for his part, but he did spend a month getting to grips with his character and found his experience of working in restaurants when he was young has ''paid off''.

He told Yahoo: ''I didn't have as much time to prep, but I was able to spend a month living and breathing it.

''(But) the thing that really paid off was the fact that I'd been doing research since I was a kid, working in restaurants.''