Bradley Cooper was lucky to have the help of three celebrity chefs for his chef role in 'Burnt'. Gordon Ramsay, Marcus Wareing and Marco Pierre White and he incorporated different aspects of them into his performance. 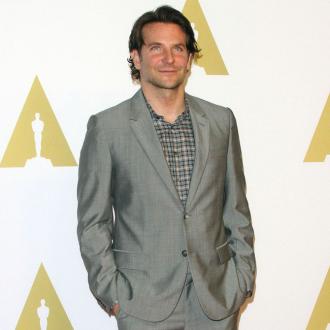 Bradley Cooper based his 'Burnt' character on Gordon Ramsay and two other celebrity chefs.

The 40-year-old star - who plays chef Adam Jones in the film - spent time with the 'F Word' star, Marcus Wareing and British restaurateur Marco Pierre White to research his role and he ended up incorporating different characteristics from each foodie for his performance.

Of his character, he said: ''I created a guy I see as a mixture of the three guys I studied: Marcus Wareing, Gordon Ramsey, and Marco Pierre White. He's a combination. Little things he does, physical things, are basically things I stole from all three of those guys ... It wasn't conscious, but going back and watching the movie I see, 'Oh yeah: That's him ... that's him ... [and] that's him.

''For 'Burnt', I had access to Marco, Marcus, Gordon Ramsay and Clare Smyth. These are all Michelin-star chefs. It's a whole other world.''

Cooper also found his family history and work as a busboy in a Greek and Italian restaurant when he was a teenager helpful for the film.

He told Yahoo Movies: ''It was an Italian family, so cooking was a huge part of it. I was a busboy at a Greek restaurant and a prep cook at an Italian restaurant in New Jersey.''

His background in the kitchen came in good use as he was only given a month to get to grips with his role.

He previously said: ''I didn't have as much time to prep, but I was able to spend a month living and breathing it.

''(But) the thing that really paid off was the fact that I'd been doing research since I was a kid, working in restaurants.''