Bradley Cooper Almost Passed Out On The Set Of His New Movie Burnt When He Had To Chop The Heads Off A Group Of Grouse. 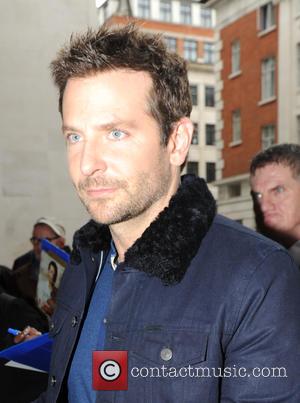 The American Hustle star plays a chef who is trying to rejuvenate his career in the upcoming comedy, and he received intense training from celebrity cooks including Gordon Ramsay and Marco Pierre White to master his kitchen skills.

However, when it came time to shoot the movie, one scene involved preparing a grouse dish by carving up the birds, and Bradley admits the gruesome task made him so squeamish he felt light-headed and almost collapsed.

"There was one scene with all these grouse and I'm leaning against the counter because I thought I was going to faint, actually pass out," Bradley tells U.K. talk show host Graham Norton. "I had to cut the heads off the birds and my hands were shaking. It was actually very intense."

The actor also reveals that despite his crash course in cookery from some of the world's top chefs, the tips he received in the kitchen are unlikely to improve his home life as he has already forgotten them.

"A lot of things go in and out for me," he adds. "You train a lot and you can do it for that time and then it's gone."

Bradley is not the only one whose kitchen skills received very little benefit from the training he received in Burnt - his co-star Sienna Miller had a disastrous experience at home when she decided to try out her fish-filleting finesse.

"I can cook fish quite well because I must have cooked about 500 pieces of it during filming," she tells Graham. "And I learnt to fillet a turbot, which sounds pretty inane until you see what it is. It's like a rhinoceros that has been flattened so it's a pretty impressive thing to be able to do.

"I went off to the farmers' market the other day and bought a whole turbot, I got it home and then just hacked at it. It was awful and I froze this mangled piece of fish."