The 39-year-old actor recently opened up about how tackling the role of Navy SEAL sniper Chris Kyle was "life-changing in every way."

Bradley Cooper's next big-screen venture sees him take on his most challenging role to date in Clint Eastwood's upcoming biopic, 'American Sniper,' portraying Navy SEAL sniper Chris Kyle, who has more than 150 confirmed kills in his military career.

As well as having the difficult task of putting on 30 pounds of muscle in three months before playing the Navy SEAL, the 39-year-old actor recently revealed to The Hollywood Reporter that the experience shooting the film was also "life-changing in every way."

"One thing I knew was that if I couldn't achieve it, I was gonna have this really, sort of, come-to-Jesus moment with myself and tell Clint we can't shoot, because there was really no way of getting around it," he said. "Especially because I can't tell you how many people came up to me during the preparation and said, 'You've got a lot of balls to be playing this guy' - including his father, by the way. And I was like, 'I- I- I- Just give me a few months.'"

Since finishing the production, which will hit theatres in the United States on December 25, 2014, Cooper can now reflect on how this role was the most rewarding of his career.

"Personally, to set a goal and actually achieve it, which I had a lot of fear that I wasn't gonna be able to do; the honor of being able to walk - pretend to walk - in this man's shoes; to have the trust of his family, having his father look me in the eyes and trust me to do this; being able to walk the path with Clint Eastwood, who is one of the reasons why I wanted to become an actor and get involved with film; getting to make a great friend with [co-star] Sienna Miller - all of those things," he explained. 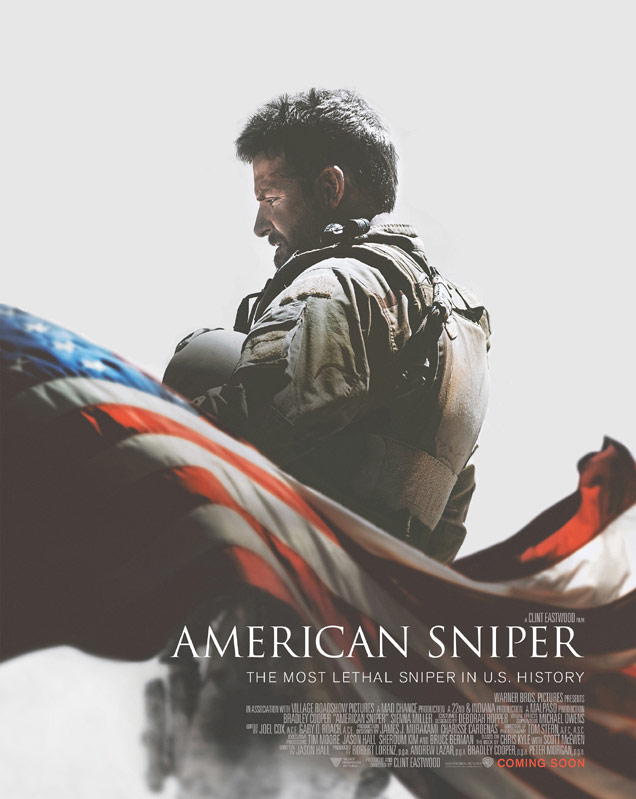