Bradley Cooper and Irina Shayk are 'getting stronger'

Bradley Cooper and Irina Shayk's relationship ''just keeps on getting stronger'' and they ''couldn't be happier'' after recently holidaying in Capri, Italy. 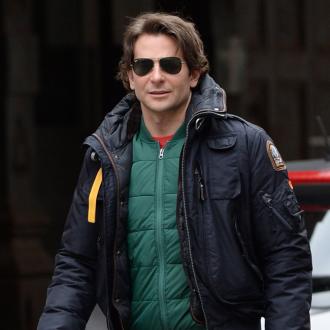 The 40-year-old actor and the 29-year-old model, who started dating in May shortly after his split from long-term girlfriend Suki Waterhouse, ''couldn't be happier'' after enjoying a romantic holiday in Capri, Italy.

A source close to the couple, who were frequently photographed kissing on the beach during their trip, said: ''Bradley and Irina couldn't be in a happier place in their relationship. They have gotten to know all of the little things about each other during this trip to Italy. Their attraction for each other just keeps on getting stronger and they always want to be in each other's corner.''

The 'American Sniper' star and the Russian beauty quietly checked out of the island's luxurious JK Place hotel on Sunday (23.08.15), but made no attempt their affection while soaking up the sun in recent days.

An eyewitness told E! News: ''They were always together. They were all smiles and kisses. They were living life to the fullest.

''There was that end of summer, end of holiday look on their faces. Not exactly sadness, but a realisation that the carefree last few days were over and that it was time to go back home, back to work - that sort of thing.''

Despite preparing to resume their hectic careers, friends close to the couple believe they won't have a problem making time to see each other.

The insider added: ''Communication is key with them. So even when busy season hits for them, they plan on making sure their relationship just keeps building and staying connected as much as they can.''