World War Z might be better than the average zombie horror.

What is World War Z exactly, besides the obvious – yet another zombie film? Well, Brad Pitt would have us believe that it’s that rare gem – a worthwhile zombie film. Or, failing that, that it was at least super expensive to make. Besides starring in World War Z, Pitt was also the producer, via his company Plan B and, with reshoots and post-production, the official figure of the budget is $170 million, but there are unofficial rumours that it may have topped $200.

All this for a zombie movie, which admittedly, is based on a highly readable book by Max Brooks. At the same time though, it has a fairly predictable premise – the world is infected by the latest zombie plague and it is up to Pitt (as United Nations researcher Gerry Lane) and Mireille Enos (his hard-hitting wife Karin) to stop the... um... stuff hitting the fan. Things like this have been made before, despite the fact that, admittedly, World War Z might be a bit less America-centric than your typical zombie schlock.

And on that note, this film is remarkably low on schlock. Buckets of blood and guts, while they’re not completely absent, have been largely replaced by tension and suspence – obviously the work of director Marc Foster, whose slow and deliberate style can be a bit hit-and-miss, but it works here to create a thoroughly enjoyable zombie movie.

Take a look at some pictures from the London premiere. 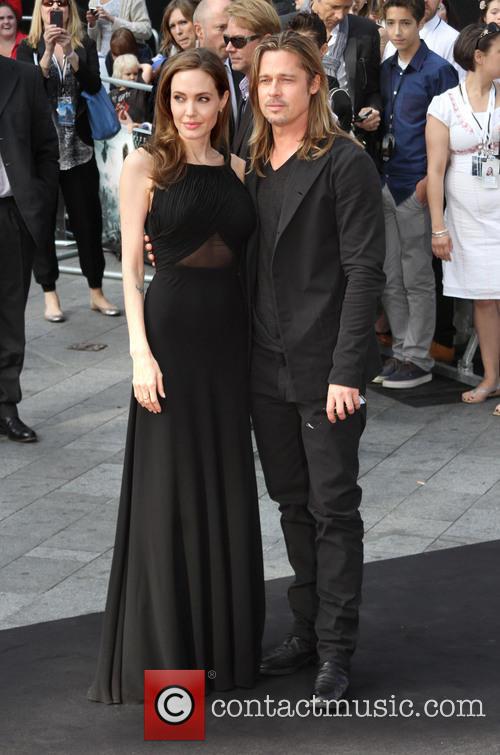 Angelina joined her husband at the London premiere in what was her first post-op public appearance. 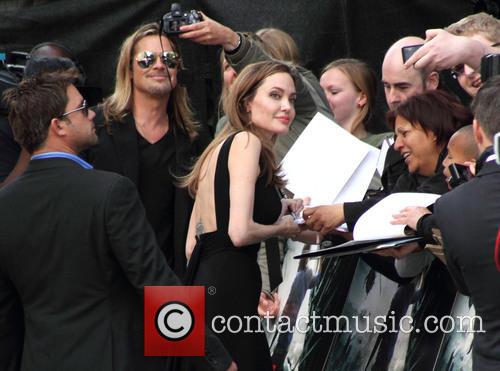 The couple even took time to interract with the fans.