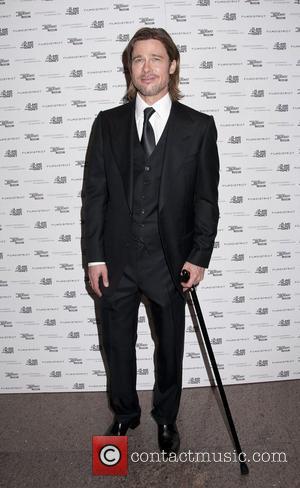 Picture: Brad Pitt attending a special screening of In the Land of Blood and Honey at the Holocaust Museum New York City, USA - 10.01.12

World War Z, based on the novel of the same name by Max Brooks, has been years in the making after Plan B Entertainment secured the rights in 2007 following a bidding war with Leonardo DiCaprio's production company Appian Way Productions. Marc Forster was approached to direct soon after, while Matthew Michael Carnahan (The Kingdom, Smoking Aces) was tasked with writing the script. Filming began in July 2011, with the locations intriguing film buffs around the world (and probably leaving locals stunned). On a $125 million budget, Forster directed Brad Pitt and his co-stars in Glasgow city centre, Budapest and the British seaside town of Falmouth.

In Cornwall, Pitt ordered 700 cornish pasties from a local bakers, leaving the manager assuming he was the butt of a practical joke until being convinced it was a genuine order from the Hollywood star. Marketing boss Paul Pearce told the Express: "I knew Brad Pitt was filming in the area but initially I thought "This has got to be a wind up. But as the conversation went on I realised the request was genuine and we set about it. It was a bit of a mad rush. Baker Adrian Evans, who was tasked with creating the bulk order of pasties added: "It was absolute craziness for the rest of the day. We were cooking batch after batch to get the order out."

A script was leaked to movie news site Ain't It Cool News in 2008, with the website suggesting, "This isn't just a good adaptation of a difficult book... it's a genre-defining piece of work that could well see us all arguing about whether or not a zombie movie qualifies as 'Best Picture' material." The article also noted the film's stylistic resemblance to Children Of Men, with Clive Owen.

In 2011, it emerged that filming in Glasgow, Scotland, was deciding upon for its likeness to Philadelphia and would double as the American city in the movie. The city centre was chosen after "many months looking for the perfect city centre location to play an important part in the film." Philadelphia was passed on due to uncertainties about state tax credits for filmmakers, while Royal Tunbridge Wells was reportedly passed on before Glasgow.

In January 2012, once filming was complete, director Marc Forster told the Los Angeles Times that he and Paramount Pictures "each view World War Z as a trilogy that would have the grounded, gun-metal realism of Matt Damon's Jason Bourne series tethered to the unsettling end-times vibe of AMC's The Walking Dead."

World War Z is due to be released on June 21, 2013 in 3D and RealD 3D in selected theaters. It is likely to be amongst the biggest movies of the year and could feature prominently during awards' season. 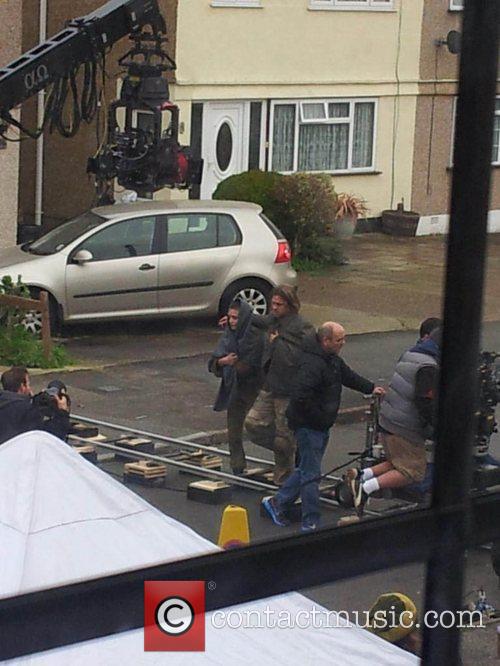