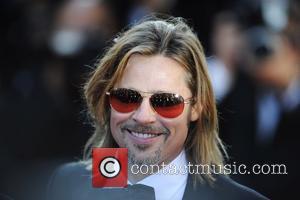 The recession has hit Hollywood. Rather than spelling disaster for the movie industry, though, Brad Pitt has remarked that the tightening of purse strings could well be having a positive effect on Tinsletown’s creative output. According to Brad, who is one of the industry’s highest paid and most sought after actors, Hollywood’s leading ladies and gentlemen can no longer command a $10 million pay check for a movie. But, says Pitt that means that right now is “a really interesting time.”

Talking to BBC’s Newsbeat, Brad was asked about actors’ pay scales in Hollywood right now and said of the $10 million price tag: “that arithmetic doesn’t really work right now… that deal’s not flying these days.” Explaining the effect that the recession has had on the film industry, Brad explained “A lot of the studios have been challenged because of the economic downturn as well so they've been betting on bigger, more tent pole kinds of things. At the same time that opens up a vacuum for really interesting new film makers to come in.” ‘Tent pole’ movies are films that take the bigger budgets and the profits are used to prop up the major studios’ other movie releases.

Pitt himself has been mixing up the variety of roles that he takes on. He has recently starred in the Oscar-nominated ‘Moneyball,’ the avant-garde ‘Tree of Life’ and the children’s animation Happy Feet 2. “You take the roles for the roles,” says Pitt. “and you’ve got to balance economics like everyone does.” Given that he’s said to have earned $25 million last year, we reckon he’s doing a pretty good job of it.