Brad Pitt has revealed that his new movie 'World War Z' cut expensive scenes from the final cut because the film became too ''bogged down'' in political agendas. 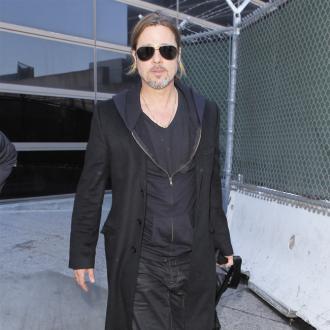 Brad Pitt claims 'World War Z' got ''bogged down'' in being political.

The actor, who stars in and produces the upcoming zombie thriller, has revealed that several of the film's scenes shot in Budapest have been cut from the finished movie because, although he was initially more interested in making a ''political film'', the underlying social agenda became ''too much'' for a summer blockbuster.

He explained to Entertainment Weekly: ''At the time, I was really interested in a more political film, using the zombie trope as a kind of Trojan horse for asking, 'What would happen to sociopolitical lines if there was a pandemic like this? Who would be on top? Who would be the powerful countries and who would be the most vulnerable?'

''We wanted to really explore that, but it was just too much. We got bogged down in it; it was too much to explain. It gutted the fun of what these films are meant to be.''

Pitt added that even though 'World War Z' is a fantasy movie about zombies, it still packs a dramatic punch like films we see released during Oscars season.

He said: ''These movies are very intricate puzzles, and you have to keep winding the mechanisms and then trigger them all at just the right time. We give so much more credence to the end-of-the-year dramas. In these movies you're triggering emotions, too - a thrill response - but they are far more calibrated. You've got to be a bit of a technician.''

The ambitious movie, directed by Marc Foster and co-starring Mireille Enos and Matthew Fox, is set to hit cinemas this summer, but the flick - which took eight years to bring to life - has been hampered by numerous rewrites and reshoots, resulting in the film's budget reportedly ballooning from $125 million to $175 million.