War Machine is on Netflix now

For his new movie War Machine, actor-producer Brad Pitt turned to Netflix. Written and directed by David Michod (The Rover), the film is a satirical parody about a gung-ho US general's rise and fall as a Nato commander in Afghanistan. The 53-year-old actor is playing General McMahon, a fictionalised version of General Stanley McChrystal.

Brad and David Michod on set

Pitt believes that companies like Netflix and Amazon expand the possibilities for moviemaking. "There's more content being made," he says. "There's more risk out there. There are more films, more stories being told, more filmmakers getting shots. I think this is nothing but a fantastic moment for all of us! And it was very exciting for us to take a big leap for this one. It was a big, bold move for Netflix, quite frankly. Without them, this movie wouldn't have been made."

Pitt says that he identified with McCrystal, a decorated hero who had a very public fall from grace after a Rolling Stone journalist reported on his disdain for authority. "I feel for him," Pitt says. "He's a product of us. In this film, we had no interest in impugning General McChrystal or any of his guys. For me, the problem is more systematic, so it's a delicate tightrope to walk."

The actor admits that the much bigger issue here is reckless self-confidence. "Hubris is a trap," he says. "And it's the trap of every great nation that has been number one for too long. You start believing your own stink. Anytime I've gotten in trouble, it's because of my own hubris."

Indeed, while out promoting War Machine, Pitt has been very honest about his personal failings, speaking openly about his split from Angelina Jolie. "I've got no secrets. I've got nothing to hide," he says. "We're human and I find the human condition very interesting. If we're not talking about it, then we're not getting better." 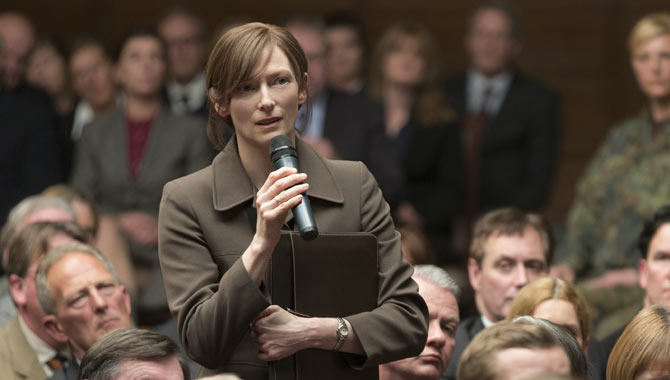 While he admits to being depressed about the breakup, he is remaining optimistic about the future with the six children he shares with Jolie. "There's still much beauty in the world and a lot of love," Pitt says. "And a lot of love to be given. It's all right; it's just life! Kids are your life. They're taking all the focus, as they should anyway."

Pitt is happy that he and Jolie are working together to make the best settlement with their lawyers. "It's time to rethink what 'winning' means," he says, referring both to his legal issues and to President Trump's recent comments about the Middle East. 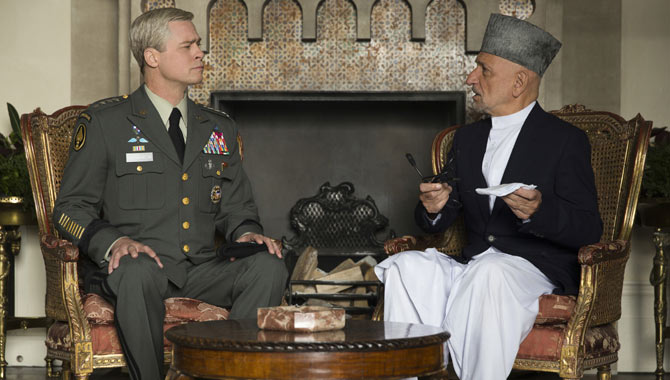 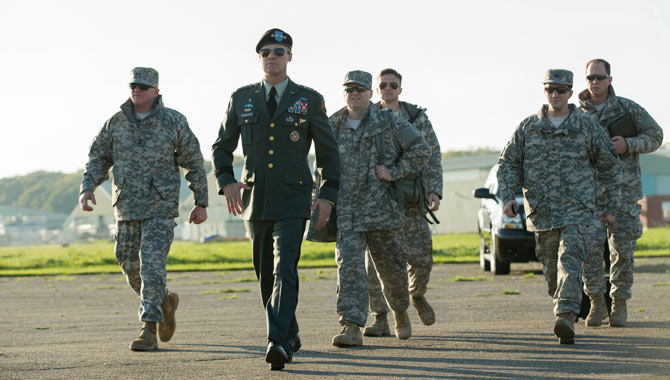 Brad Pitt and co-stars including Topher Grace in War Machine 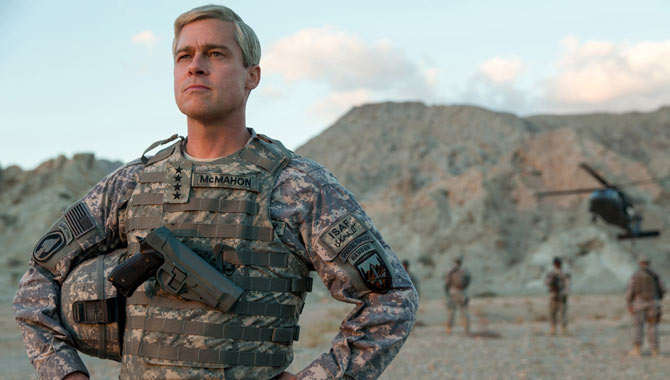