Brad Pitt wants David Beckham to teach his six children how to play soccer and thinks the retired soccer ace could make it in Hollywood. 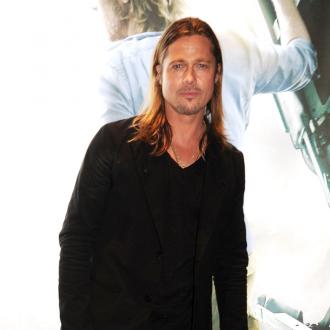 Speaking to BANG Showbiz at the world premiere of his new film 'World War Z' in London's Leicester Square yesterday (02.06.13), he said: ''I want him to teach my kids soccer.''

The 49-year-old heartthrob also believes the retired soccer star could make it in Hollywood if he decides to pursue an acting career.

Now 38-year-old David's soccer career is over he has been tipped for movie stardom by Oscar-winning Hollywood producer Harvey Weinstein.

The movie mogul said: ''I have only met David a few times but each time I find his talents more and more impressive. I am a real fan. I think he could do anything he wants in TV and film.''

Meanwhile, Brad - who was joined at the premiere by Angelina, 37, in her first red carpet appearance since announcing her double mastectomy - was praised for his strong work ethic and humble attitude by co-star Mireille Enos, who plays his wife in the post-apocalyptic zombie thriller.