Hollywood Actor Brad Pitt Felt "Deeply Miserable" As He Struggled To Give Up Smoking. 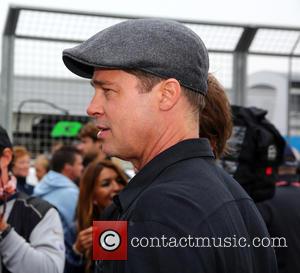 The Fight Club star spent years as a smoker and several previous attempts to quit failed, but he recently gave it another go in a bid to give up cigarettes for good.

However, Brad has been suffering crippling withdrawal symptoms and insists quitting tobacco has made him grumpy and irritable.

(It has been) deeply miserable," he tells the New York Post. "I really missed cigarettes. Withdrawal was so hard, I was ready to kill. (It was) against my nature, I invested time and sweat on it and didn't like it. My trainer warned every day would be unpleasant. He was right."

Brad has previously revealed he gave up smoking marijuana after he became a father to Angelina Jolie's adopted son Maddox because he wanted to be a better dad.

"I quit smoking (marijuana). That (having kids) was the only thing that got me to quit. That was it. Done."

Brad is now a father to six kids with his wife Angelina, who he married last year (14) in France. They have six children - three adopted and three biological.