Brad Pitt Shocked Fans At An Autism Charity Benefit On Saturday (25apr15) When He Showed Up Sporting A Nasty Bruise On The Side Of His Face. 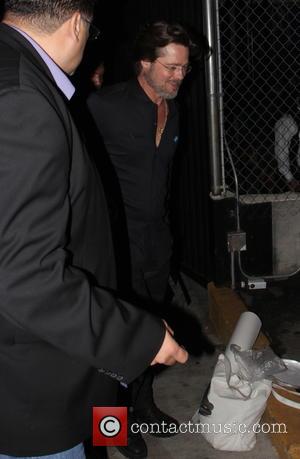 The Meet Joe Black star joined guests such as Christina Applegate, Amy Brenneman and host Jack Black at Hollywood's 3rd annual Light Up the Blues Concert, where he took to the stage with a large red mark stretching from under his left eye to the middle of his cheek.

It is unclear if Pitt addressed the injury during the Pantages Theatre appearance, but he was given reason to celebrate later on in the night after winning a bidding war for a Fender guitar signed by each of the event's performers, including Spencer Harte, Nick Guzman and Matt Savage, who collaborated during the finale to belt out a rendition of Neil Young's Rocking the Free World. The movie star offered up $23,000 (£14,375) for the autographed instrument, the proceeds of which will benefit the Autism Speaks organisation.