Brad Pitt set for May wedding after getting licence

Brad Pitt and Angelina Jolie are set for a May wedding after the actor got a wedding licence which he must use within 90 days. 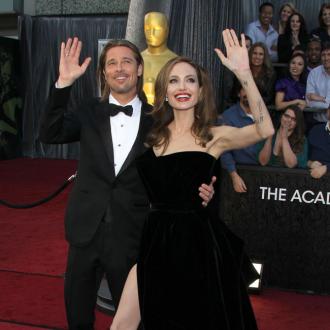 Brad Pitt and Angelina Jolie are set to get married in May.

The 'Moneyball' star got a wedding licence at the end of February which states he and the screen beauty must now tie the knot within 90 days and if the pair do decide to get hitched in May the date could clash with his ex-wife Jennifer Aniston and her fiancé Justin Theroux's big day.

A source told The Sun newspaper: ''Brad and Angelina left themselves short of time to sort out their wedding because of the licence deadline. A few months is nothing when you're planning a wedding - especially one as major as theirs.

''Everything points to them getting married in May just after the Cannes Film Festival ends, because they've got their hearts set on tying the knot in France.''

Jennifer and Justin have been busy organising their wedding for months and are also believed to be planning their special day in May.

If both couples decide to get hitched in the same month it could cause big problems with the celebrity guest lists, and upset Jennifer - who was even thought to be prepared to go to her ex-husband's nuptials despite the fact he got together with Angelina within months of their 2005 split.

The source added: ''All that goodwill would go out the window if Brad's wedding date comes close to hers. Jennifer will see it as an attempt to upstage her and there will be a battle over Hollywood guests.

''She knows they will be judged on who had the better wedding by pulling in the biggest stars.''

Brad and Angelina - who raise six children together - are tentatively setting a date for after the Cannes Film Festival, which ends on May 26, and will hold the ceremony at their £35 million Chateau Miraval mansion in the South of France.

Jennifer and Justin have already picked their rings and the former 'Friends' star has chosen her dress and rumours are rife they intend to wed in Hawaii.