Brad Pitt has praised his 'Fury' co-star Shia LaBeouf, calling him one of the ''best'' actors he has ever seen. 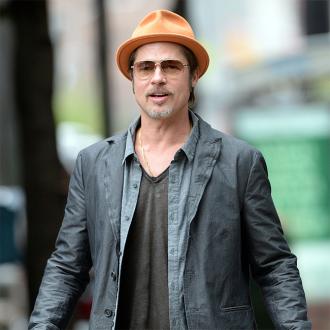 Brad Pitt thinks Shia LaBeouf is one of the ''best'' actors he has seen.

The 'World War Z' star - who worked with the 28-year-old actor on World War II drama 'Fury' - believes his co-star is incredibly talented.

He said: ''Oh, I love this boy. He's one of the best actors I've ever seen. He's full-on commitment, man. He's living it like no one else, let me tell you.

''I've been fortunate to work with a lot of great actors. He's one of the best I've seen.''

The 50-year-old actor also admitted that the cast got so into the filming for their new movie that a row broke out between himself, Shia and Scott Eastwood.

''So I said, in the scene with the cameras rolling, 'You're going to clean that s**t up.' Shia clocks it, and you have to understand, we've been through severe boot camp already. We've been through a lot in this tank.''

He added: ''Shia saw it and felt the same - he's disrespecting our home. So, Shia had the same reaction I did and started having some words...Then I had to get in after the cameras were rolling and explain it to Scotty, you know.''

However, after looking at the script, Brad realised he had made a mistake.

He explained: ''The funny thing is, when we got home at the end of the day and read the script, it said Scotty's character is 'chewing tobacco and spitting it on the back of the tank'.

''He was just doing as instructed in the script! So we were the k**bs in the end.''