Brad Pitt: I never thought I'd win an Oscar

Brad Pitt never thought he'd win an Oscar and doesn't know where to put his golden statuette, which he picked up as a producer for '12 Years a Slave'. 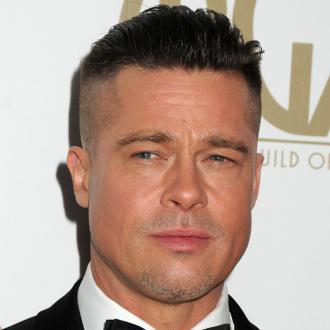 The actor, who picked up the award as a producer for Best Picture winner '12 Years a Slave' on Sunday night (02.03.14), insists he never dreamed of winning and doesn't know what to do with his golden statuette.

The 50-year-old star thanked all those responsible for making '12 Years a Slave', which tells the story of Solomon Northup who was sold into slavery, including director Steve McQueen.

In his speech, Brad said: ''Thank you all for this incredible honour you bestowed on our film tonight. I know I speak for everyone standing behind me that it has been an absolute privilege to work on Solomon's story. And we all get to stand up here tonight because of one man who brought us all together to tell that story. And that is the indomitable Mr. Steve McQueen.''

He said: ''I think the truth is we wouldn't have been able to make this film without Brad Pitt, because of what he brings.

''He's a movie star. He's a huge figure in this profession, in this industry.''