Probably not the best way to market your movie to a U.K audience...

Remembrance Sunday is primarily a day to mourn, commemorate and celebrate the efforts of solders in World War I, but that doesn’t totally excuse Brad Pitt and his WWII film Fury for filming Nazi scenes on November 11th. 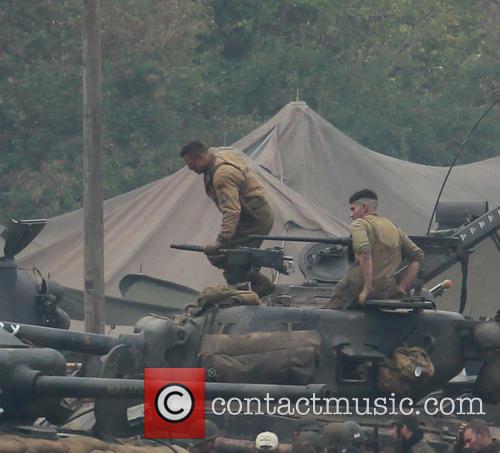 David Ayer is probably facing the biggest backlash; filming for his WWII tank epic kicked off at 4am this morning, with gunshots, explosions and a hundred extras dressed as both allied and Nazi forces rampaged through fields. And it’s not as though he wasn’t warned: emotional pleas to delay the filming during remembrance Sunday fell of deaf ears as Ayer pushed on with his schedule.

The parish council at nearby Watlington wrote and asked them to halt filming this weekend, but the plea was ignored. Chairman Ian Hill said: “Whoever is responsible is insensitive. A letter has been sent to express our feelings of how inappropriate it was for Sherman tanks to be rolling across the countryside while explosions were being let off. Local people are very angry.” War veterans, military chiefs and residents have since branded the director as disrespectful.

“It’s not as if he didn’t know that for many of us Remembrance Sunday is the most important day of the year,” said one of the extras to The Mirror. “Instead of toasting our forebears whose bravery gave us this life we were charging through the countryside dressed as marauding Nazis.”

Ayer is known for his unflinching attitude to making movies. Once, a man fell ill from laying in the cold after Ayer refused to use dummies to portray a dead human body, electing to using live actors instead. 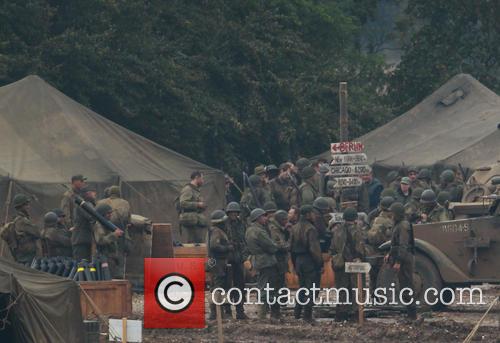 Hundreds of extras have been hired for the WWII epic.

“He just charged on ruthlessly filming a movie about American heroism, not for the first time, and ignoring British sensitivities towards Remembrance. This was grotesquely disrespectful and offensive. I can’t believe I wore an SS uniform on Remembrance Sunday.

“But this is what I do and I cannot just walk off set for the sake of a principle, especially in this economic climate,” added the extra.