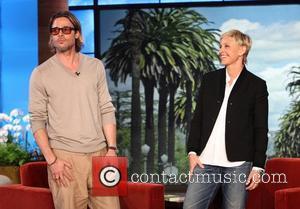 Brad Pitt is reportedly "furious" with a Swat team who raided a warehouse housing weapons used in his movie 'World War Z'. Authorities raided the premises in Budapest, Hungary, and seized 85 firearms including assault rifles, Ak-47's and sniper rifles, reports the US Weekly Magazine.
Hajdu Janos, the director of Hungary's Anti-Terrorism Unit, confirmed the raid, saying, "Guns like these are highly illegal to transport even if they were to be used as stage guns, which hopefully they weren't". Filming on the hugely anticipated movie has taken place in Malta, Falmouth in Cornwall and Glasgow city centre. A source claimed Pitt was less than impressed on hearing the news, saying, "The film is already over budget and over schedule. Brad is furious". The Hollywood star plays Gerry Lane, a U.N journalist who interviews survivors in the wake of a great zombie war. The movie is based on Max Brooks' 2006 novel 'World War Z: An Oral History of the Zombie War'. 'Lost' actor Matthew Fox co-stars in the project, scheduled to hit cinemas on 21st December 2012.
Meanwhile, Brad Pitt has won acclaim for his portrayal of Oakland A coach Billy Beane in the recently released 'Moneyball'. The movie, about a baseball club who begin drafting players through the use of computer-generated analysis, is being tipped for possible Oscar nominations.