The Brangelina divorce war looks to be heating up, as Pitt contested Jolie's request for sole physical custody of their six children in documents filed on Friday.

Brad Pitt has signalled his intention to fight for joint custody of his six children he shares with Angelina Jolie, filing court papers late this week.

In court papers seen by TMZ, the 52 year old actor’s request was included in his response, filed on Friday (November 4th) in the Superior Court of California, to his estranged wife Angelina Jolie’s petition to end their two-year marriage. 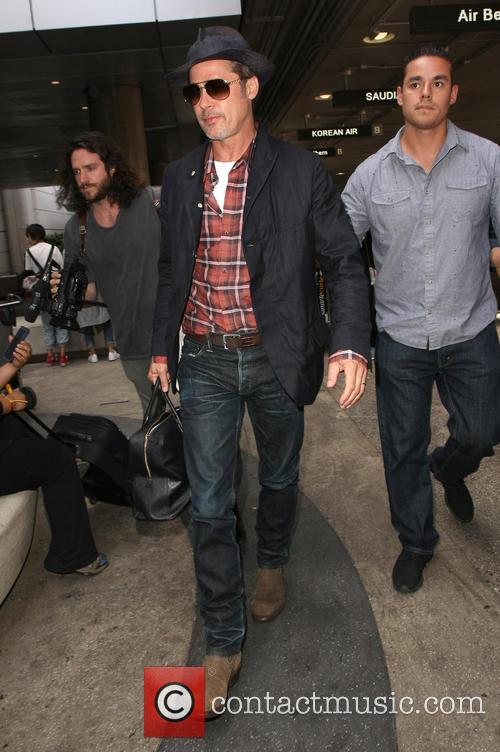 When she filed for divorce in mid-September, shocking the celebrity world, 41 year old Jolie sought sole physical custody of their six children – Maddox, 15, Pax, 12, Zahara, 11, Shiloh, 10, and eight year old twins Knox and Vivienne. In her petition, she requested that Pitt only have visitation rights.

There’s still no mention on either side about spousal or child support, but it means that the legal situation is heating up, as this represents the first time that Pitt has filed any kind of official documentation regarding the divorce and the custody of the children.

Pitt is still reportedly under investigation by child services about what exactly happened on the private plane from France to the US on September 14th, when the actor allegedly became verbally and physically abusive toward 15 year old Maddox. Pitt denies the accusations but is co-operating with the investigation.

As for Jolie, she has kept the children with her in the six weeks since the separation. “The kids are Angie’s sole focus,” a source told People. “She’s cancelled everything else – work, everything. She’s been home each day, supporting them, helping them with homework, been there constantly. And no, this isn’t with a big staff of nannies and helpers.”

An inside source to the situation spoke to People recently, saying that the couple was attempting to avoid an acrimonious split if at all possible, but that a lot of sticking points involved their children.

“They are still working on issues that they can't agree on. It seems their issues still involve the kids,” the source said. “Brad and Angie haven't had any contact, and it's all being worked out via their teams. It’s just a sad situation.”