Brad Pitt has signed up to become the face of a women's fragrance. 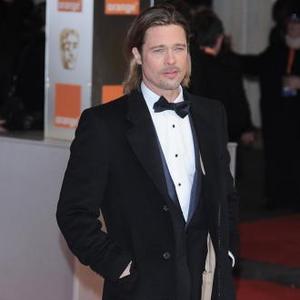 Brad Pitt is the new face of CHANEL No.5.

According to E! Online, Pitt will shoot his first campaign in London this week.

He will reportedly receive a seven-figure sum for the advertisements that will be release near the end of this year.

The father-of-six follows in the footsteps of stars including Catherine Deneuve, Nicole Kidman, Lauren Hutton, Estella Warren and Ali MacGraw, who has also represented the women's scent.

The star and his fiancÃ©e Angelina Jolie recently purchased a new home in the city he is to shoot the adverts in.

The Hollywood pair decided to buy the property - named Whornes Place - while renting it for £30,000 a month last summer.

Pitt was filming his zombie thriller last summer when they were staying in the capital city's borough of Richmond with their six children.

The property has an indoor pool and 15th century wooden beams, according to The Sun.

A source said: ''Brad and Angelina hold an affection for the UK, so this investment makes sense.''