Pitt appeared at the red carpet premiere of 'Allied' in L.A. on Tuesday, with reports the following day indicating that the DCFS investigation had been closed.

Brad Pitt has made his first red carpet appearance since his high-profile divorce from Angelina Jolie, in the immediate wake of reportedly being cleared in the investigation that was launched by child services into whether he physically abused his son Maddox aboard a private plane.

The 52 year old actor appeared in Los Angeles on Tuesday night (November 8th) at the premiere of his new film Allied, alongside co-star Marion Cotillard. Onlookers claimed that the star looked like he’d lost a lot of weight since his last public appearance more than two months ago, possibly as the result of the stress of the split plus the investigation. 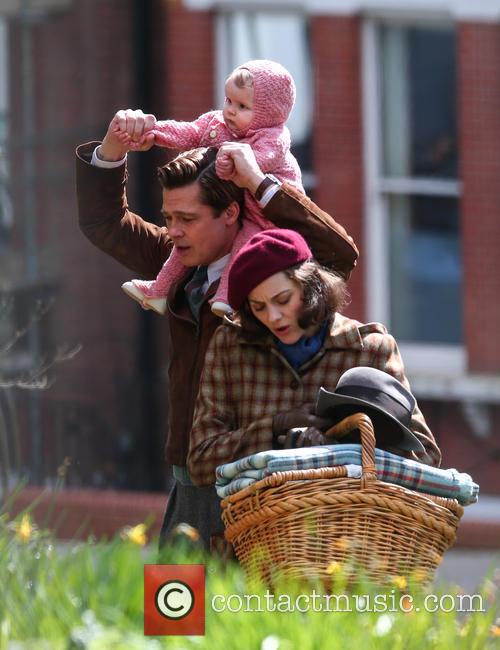 Brad Pitt and Marion Cotillard filming 'Allied' back in March 2016

Social workers had been examining allegations that Pitt was physically and verbally abusive to 15 year old Maddox aboard a private jet from France to the US in September, days after which Jolie filed for divorce.

However, TMZ reported on Wednesday that the Department for Children and Family Services had decided to close the investigation after concluding that he had not committed child abuse.

Pitt himself had been extensively interviewed, along with his estranged wife Jolie, their six children and other witnesses.

41 year old Jolie, who is seeking sole physical custody of the children, released a statement via a spokesperson to TMZ in the wake of Pitt being cleared.

“Angelina said from the beginning that she felt she had to take action for the health of the family and is relieved that after their 8-week involvement, the DCFS is now satisfied the safeguards are put in place that will allow the children to heal.”

However, a spokesperson for the L.A. department of DCFS has not said whether the inquiry even happened in the first place.

More: Marion Cotillard denies having had an affair with Brad Pitt