Brad Pitt has purchased a portrait of Justin Bieber, which was created by created by street artist Bambi, for son Pax, 10, who he raises with Angelina Jolie. 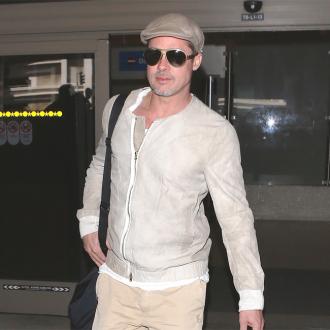 The 50-year-old actor purchased the piece which was created by street artist Bambi for his 10-year-old son and the image shows the 'Baby' hitmaker alongside the words ''Rebel without a clue''.

A source told The Daily Star newspaper: ''Pax loves Justin and so Brad thought this would be the perfect gift for him.

''Brad loves Bambi's unique style and this is his third purchase from her.

''When he found out she'd done a piece with Justin, he knew he'd have to get it for Pax.

''The Justin artwork is done on a panel of wood and he loves how unique it is.''

Meanwhile, Brad and Angelina Jolie - who also raise Maddox, 12, Zahara, nine, Shiloh, seven, and twins Vivienne and Knox, five together - are rumoured to star in their first film together in almost a decade.

The couple haven't been seen together in a movie since starring in 'Mr & Mrs Smith' back in 2005, which sparked their real-life love affair, but it is believed they have ''an exciting new venture'' in the pipeline for the near future.

The 38-year-old actress has reportedly penned the script for the upcoming movie, which will be set in Europe.

An insider previously said: ''People will not want to miss it!''