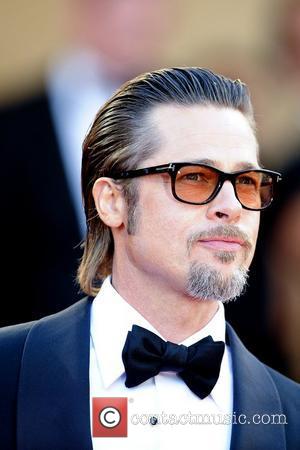 Brad Pitt and his long-time partner Angelina Jolie were disturbed by Kirsten Dunst's "rowdy all-night lock in" at the Eden Roc Hotel in Cannes this week, reports the UK's Daily Mirror. While Brad Pitt and Jolie attempted to get some shut-eye, Dunst "howled along" to the Rolling Stones hit 'Sympathy For The Devil'.
The 28-year-old 'Spiderman' star partied into the night with a group of A-listers, before staff requested they keep the noise levels down. A source at the bash said, "The group, which included Mad Men star Jon Ham and Hsm's Vanessa Hudgens, was stomping their feet and jumping on tables. All the while, bar staff patiently waited for them to quit". After the Hollywood stars continued their party, security asked the group to pipe down "as they were disturbing Brangelina", who are staying in a private villa in the grounds of the hotel. The revellers awoke the next morning and enjoyed a breakfast of mangoes, strawberries, chocolate croissants, brioche and brownies, before carrying on their party at the nearby Baoli beach. Kirsten Dunst recently completed filming the forthcoming adventure-drama 'On The Road', based on the classic book by Jack Kerouac. The film, which explores the 'Beat Generation' of the 1950's, also stars British actor Sam Riley.
Brad Pitt is in Cannes to promote his new movie 'The Tree of Life' by the reclusive director Terrence Malick. The movie received mixed reactions following its initial press screening yesterday (16th May 2011).