Hollywood star Brad Pitt has been accused of terrifying farm animals on the set of 'The Lost City of Z'. 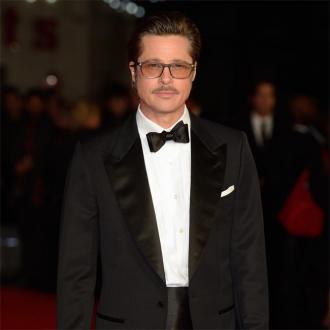 Brad Pitt has been accused of terrifying farm animals on the set of his latest movie.

The 51-year-old star is currently producing 'The Lost City of Z' in the village of Ballygally, Northern Ireland - and has apparently been petrifying chickens, cows, bulls and horses because of the loud explosions being staged on the set.

Farmer Jason McKillion complained to the Larne Times newspaper: ''It started last Monday with bangs, gunfire and small explosions and then on Tuesday the bigger explosions started.

''They shook the house and windows and the boom echoed through the glen.

''My neighbour's horses were in the field near the film set and they went spare, trying to jump the ditches.

''On Wednesday, there was another explosion and my animals went daft.

''The chickens were squawking and the dog was outside, barking and shaking.''

What's more, the farmer said his neighbours have also been bothered by the noise coming from the set of the movie, which stars Sienna Miller, Robert Pattinson and Charlie Hunnam.

'The Lost City of Z' tells the story of British explorer Percy Fawcett's trip to the Amazon to find a legendary civilisation, and is set for release in 2016.