15 year old Maddox, the eldest Jolie-Pitt child, refused to attend the supervised reunion with Brad last Saturday, according to reports.

Brad Pitt’s patient wait to be reunited with his children in the wake of his divorce from Angelina Jolie didn’t go quite as well as he would have liked, with his eldest son Maddox reportedly refusing to attend, according to new reports.

A number of sources close to both the 52 year old actor and 41 year old Jolie told Us Weekly that, despite following the parenting agreement that he and Jolie had agreed upon regarding the first time the kids would see him, and waiting while they underwent therapy, the eventual reunion last Saturday (October 8th) didn’t go according to plan, with Maddox not showing up. 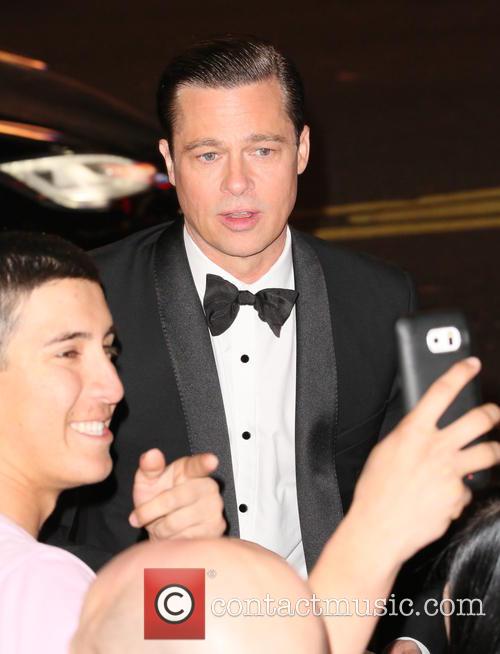 “He wanted to make sure the meeting would be the most productive for the kids… It was emotional for him,” a source said. “He and Angie agreed on steps that needed to be completed. He wanted to wait until the timing was best.”

However, 15 year old Maddox – who is old enough to decide which parent he wants to live with, in accordance with California law – opted not to attend the reunion with his siblings (Pax, 12, Zahara, 11, Shiloh, 10 and eight year old twins Vivienne and Knox).

More: Brad Pitt allowed to see some his kids last weekend, for the first time since divorce

“He chose not to go and stayed with Angie,” a different source close to Jolie confirmed. Another said that Maddox’s absence affected the atmosphere at the reunion: “It wasn’t full of joy and happiness.”

It comes just over a month after Pitt and Maddox were reportedly involved in a mid-air altercation aboard a flight from France to the States. The same source explained why the teenager doesn’t want to see Brad. “Maddox is very close with Angie,” the insider said.

Maddox was adopted in 2002 by Jolie from Cambodia, two years before Pitt met her. Although he was legally adopted by Pitt in 2006, along with his siblings Zahra and Pax, he apparently “doesn’t really see himself” as Brad’s son.

Although some insiders said that he’s still in two minds about where he wants to live, one source put the situation bluntly: “Maddox never wants to see Brad again.”

More: Brad Pitt reportedly will NOT be prosecuted by the FBI