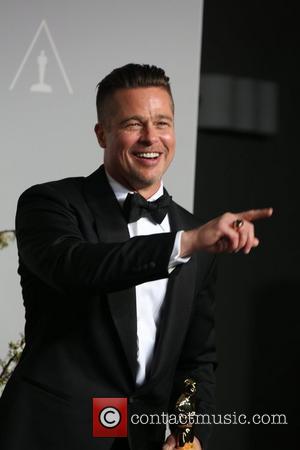 Jolie has revealed that the siblings have uncredited roles in a christening scene at the beginning of the film.

She tells Entertainment Weekly magazine, "They're with their teachers. The idea of that day was the prince and princesses from around the world show up for the christening, so there will people of all races, all creeds.

"It was Pax and his teacher, who is Vietnamese, playing the Vietnamese Queen and Prince and then Zahara and her teacher playing the African or Nubian queen and princess.

"I had to walk by them being very mean. Of course, I wanted to stop and wink at them."

Little Vivienne portrays the young Princess Aurora, aka Sleeping Beauty, in the film.