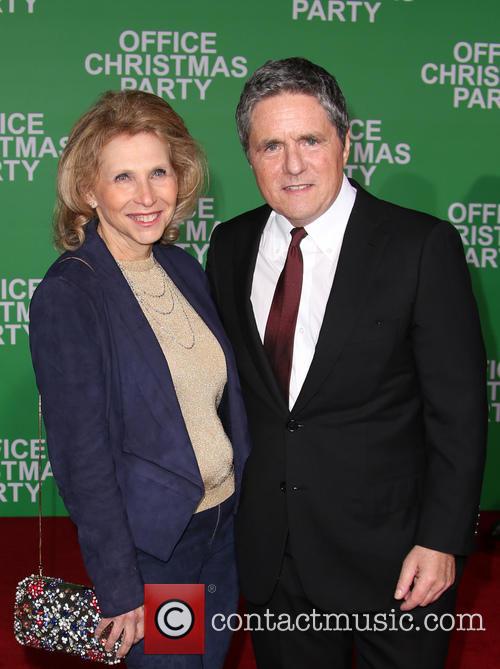 The New York premiere for upcoming comedy 'Top Five' took place at the Ziegfeld Theater and saw a variety of guests among the usual cast and crew members - which included director and star Chris Rock and co-producer Kanye West.

By David Thomas
Excellent
Just as Spike Lee took a basic caper and added his own pet issues to elevate Inside Man to the upper echelons of its genre, Martin Scorsese has taken The Departed, based on an intriguingly simple premise, to its own heights by infusing issues that have concerned him ever since Mean Streets. Along the way, he makes room for some memorable performances, not the least of which comes from the most likely of sources.

The Departed is based on the Hong Kong blockbuster Infernal Affairs, in which a cop goes undercover in the mob while the mob places one of their own as a mole in the police force. In Scorsese's version, the scene shifts to Boston, where mob boss Frank Costello (Jack Nicholson) puts loyal-from-boyhood employee Colin Sullivan (Matt Damon) through police training. As Sullivan rises through the ranks, Special Investigations Unit chiefs Queenan (Martin Sheen) and Dignam (Mark Wahlberg) recruit rookie Billy Costigan (Leonardo DiCaprio) to get "kicked off" the force and do time to gain Costello's confidence.

Charlie And The Chocolate Factory (2005) Review

By Christopher Null
Good
For a guy who's earned a reputation for being one of the most original filmmakers on earth, Tim Burton has an awfully large fondness for remakes. And what a mixed bag they are: His hit Batman spawned a huge movie franchise, while his Planet of the Apes stands as one of the most widely trashed films in recent memory.

And so Burton takes a third stab at the remake game with Charlie and the Chocolate Factory, an update/remake (call it what you want) of the beloved 1971 movie Willy Wonka and the Chocolate Factory and Roald Dahl's classic children's novel. But the stakes here are far greater than they were with Apes. That was a campy sci-fi movie that no one really cared about. In fact, the original Apes had long since killed itself under the weight of four increasingly awful sequels. Willy Wonka and the Chocolate Factory frequently tops "Favorite Movie Ever" lists, and news of the remake has met with nothing but scorn from fans (including 1971 star Gene Wilder, who later retracted his scathing remarks).

By Christopher Null
Good
Antoine Fuqua tries to blend Hong Kong action fare with gritty urban sensibilities in The Replacement Killers, to mixed effect. Surprisingly, Mira Sorvino holds her own as an unlikely action star, and the shots of her ass don't hurt matters.
1
Brad Grey