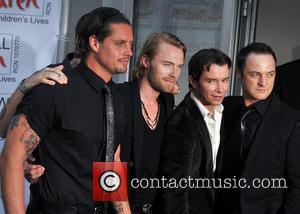 Boyzone star Ronan Keating is "delighted" to have ended a long-running feud with his former manager Louis Walsh. Irish music mogul Walsh formed the newly reunited boyband in 1993 and managed the group until 1999, when they decided to take a break from the music industry. Walsh continued to represent Keating throughout his blossoming solo career until a public falling out between the pair led to them parting ways. But they have now put an end to their fight, and Keating admits the bitter dispute almost destroyed their special bond. He says, "Of all the relationships that broke down, the one between me and Louis was probably the most vicious. A lot of things were said and it got very personal. "Louis and I will never be what we were. We had a special relationship. He was a father figure to me and I looked up to him. He said what he said but we are working together again. "And I'm delighted that we can be in each other's company and talk about music."