Ronan Keating has revealed Boyzone will release a new album before the end of the year after being overwhelmed by the positive reception they received on their latest tour. 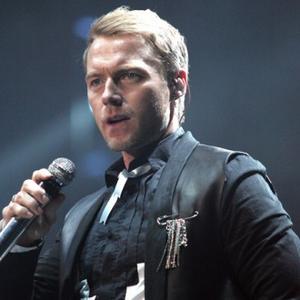 Boyzone are set to release another album by the "end of the year".

The group released their last LP 'Brother' - which was dedicated to their late bandmate Stephen Gateley, who died of natural causes in October 2009 - in March 2010 but now want to start on the follow-up record after being astonished by the positive reception they received on their recent tour.

Singer Ronan Keating said: "We're in talks right now to do an album before the end of the year.

"We played in Glasgow the other night and it was incredible. Probably the best we've ever done. The tour's been absolutely amazing. We played about 20 nights in huge arenas.

"It's been new faces at every venue."

Before he can work on a new Boyzone album, Ronan is currently promoting his latest solo work, 'When Ronan Met Burt', covers of tracks penned by Burt Bacharach, who also produced the record.

The 34-year-old star felt "honoured" to work with the legendary songwriter.

"He spends a lot of time in Europe, touring and collaborating with people, so he's paying attention. He's 82 but totally in touch with what's going on."