The group have a few UK shows coming up in the meantime.

It's official: Boyzone are set to reunite for a 25th anniversary tour next year with all four living members. There have been rumours of a reunion for a while now, but the quartet have only just confirmed the news this week via social media. 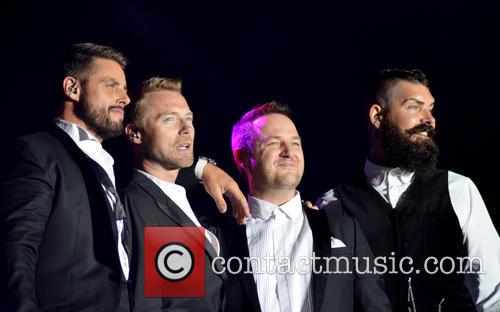 Along with a number of yet to be announced tour dates, the boy band - who are Keith Duffy, Michael Graham, Ronan Keating and Shane Lynch - are also promising fans the release of some new music. That means a brand new album - the details of which are coming soon.

'2018 will see Boyzone celebrate their 25th anniversary!' They told their Instagram followers. 'Plans are being hatched for new music and lots of touring throughout the year. But next year still seems a long way off so in case you can't wait, the Boyz are hitting the road for some exclusive UK shows later this summer.'

Boyzone released their last album, 'BZ20', in 2013 and reached number 6 in the UK charts. It featured the singles 'Love Will Save the Day' and 'Light Up the Night.

This group aren't the only 90s boy band to be returning this year. Gary Barlow, Howard Donald and Mark Owen of Take That are also on tour this year and are even broadcasting one of their London summer shows in cinemas. No word yet on whether or not we can expect more from Westlife for their 20th anniversary in the next couple of years.

More: Take That are on their UK 'Wonderland' tour

Tickets for this year's already announced Boyzone shows will be going on sale from June 1st and June 2nd.