A Group Of Britain's Best-known Musicians/djs Including Fatboy Slim, Boy George And Example Have Given Fans A Glimpse Into Their Off-stage Hobbies In A Photography Campaign To Raise Awareness Of Hearing Condition Tinnitus. 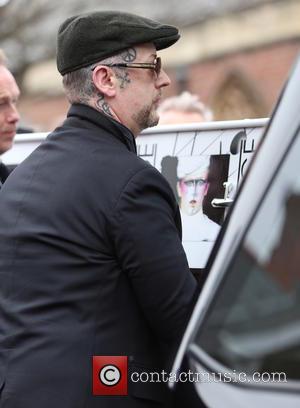 The beatmakers all posed for photographer Jessica van der Weert as part of a drive to raise funds for the British Tinnitus Association (BTA) and help sufferers of the condition, which affects many DJs and music stars.

Fatboy Slim, real name Norman Cook, stripped off to pose in just a towel while sat in the dressing room of his favourite U.K. soccer club, while Culture Club star Boy George, who is also a prolific DJ, re-enacted a scene from his favourite movie, 1986 war drama Platoon.

Rapper/DJ Example is seen in a cinema, while Carl Cox was photographed racing a vintage car and Goldie has been shown covered in paint in his art studio.

The pictures are to be displayed at an exhibition in London which will also be shown in New York, Berlin in Germany and on the Spanish island of Ibiza later this year (15).