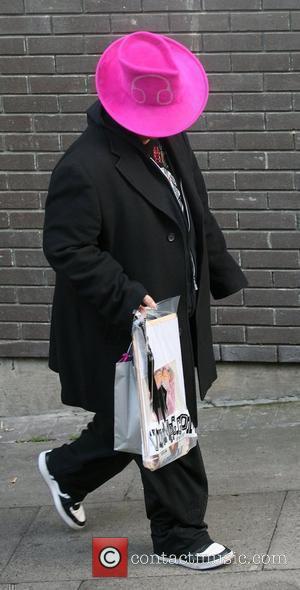 Boy George reached out to George Michael after the Wham! star was sent to prison, writing letters of encouragement to the incarcerated singer.
Boy George, real name George O'Dowd, was jailed last year (09) for the false imprisonment and assault of a male escort in 2007 and was incarcerated at London's tough Pentonville prison.
Last month (Sep10), a judge sent Michael to the same penitentiary to serve an eight-week sentence for possession of cannabis and driving under the influence of drugs.
And the Karma Chameleon hitmaker admits it was painful to watch his pal's troubles unfold in the headlines - because it forced him to "relive" his own demons.
He says, "When George Michael got sentenced, it all came back to me and I was with him. You just go numb - completely numb. You go into survival mode; shut down. You don't know what's going to happen. After the trial you're taken downstairs, put in a room, the door gets locked and from then on it's a mystery.
"I was with George Michael in that holding cell under the court. I was with him, handcuffed, in that hideous police van. I was with him arriving at Pentonville prison and having that kind of physical search. I relived the whole thing. I felt so, so upset. I don't think I've been that upset since it happened to me."
The two singers had previously exchanged vicious comments about each other in the press but they resolved their differences earlier this year (10), with George sending Michael letters of support before his release on Monday (11Oct10).
George adds, "You just send your love and let people know you're thinking of them - all the cliches, but they do help. I've known George for quite a long time. There's a lot we have in common and it's getting more like that every day."