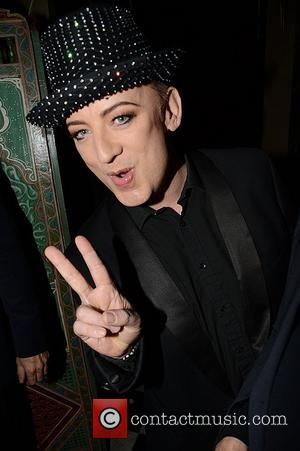 Gay pop icon Boy George has become an unintentional villain in Mexico after his quotes about the country's "hot" new President Enrique Pena Nieto were mistranslated by a local media outlet.

The Culture Club frontman has been left asking Do You Really Want to Hurt Me after his Twitter.com account was flooded with angry emails from Spanish-speaking fans.

It appears the singer's tweet, simply suggesting Nieto, who took office on 1 December (12), was attractive and his hope that the politician is "good for the country", was misconstrued in Mexico.

As a result of the backlash, the hitmaker has vowed to block anyone who "annoys me by calling me 'racist' or mentioning 'presidents!'"

His representative adds, "George has no political motivation or even knows anything about the candidates involved or their history, it was simply a good luck to the whole country."