Culture Club Star Boy George And Actor/rocker Jack Black Formed The Unlikeliest Duo When They Teamed Up For A Performance Of Hello, I Love You With The Doors Guitarist Robby Krieger On U.s. Tv On Monday Night (13jul15). 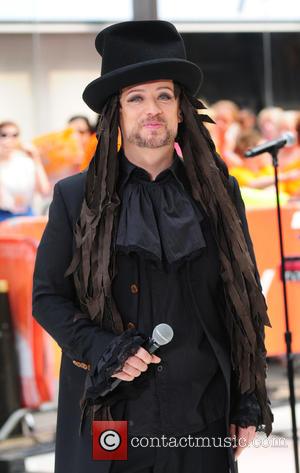 The School of Rock star and Karma Chameleon singer confessed to being huge fans of The Doors during guest appearances on Conan, prompting show host Conan O'Brien to suggest they belt out one of the group's hits with his house band, which featured Krieger as a guest musician.

The performance wasn't exactly a big surprise for the guests, but it was spot-on and featured colourful Black running around the studio as Boy George saluted Krieger.