Review of Fishin' for Woos Album by Bowling For Soup

Through my early teen years, Bowling for Soup were almost a permanent fixture on my stereo, although in recent years they fell off my radar. Fishin' for Woos is their first album after being dropped from their record deal with Jive, and they promised a more 'classic' sounding BFS record, which is exactly what they've delivered. 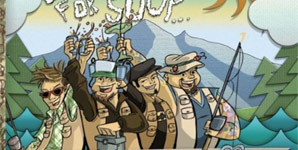 Fishin' for Woos is packed from start to finish with back to back trademark huge choruses, genuinely funny lyrics, and well written, solid songs. Huge pop-punk pieces like Let's Pretend We're Not In Love and Friends Chicks Guitars really hit the spot with their classic Bowling For Soup sound. It is everything you expect from this band. Similarly, I've Never Done Anything Like This (which features guest vocals from Kay Hanley who sang in Letter to Cleo during the 90's) and album highlight Here's Your Frickin' Song, which calls to mind A Friendly Goodbye from their Great Burrito Extortion Case album, crank the comedy to dangerously high levels while maintaining their solid pop-punk punch.

Sometimes, BFS's talent for writing brilliantly sweet and heart-breaking ballads gets overlooked. On Fishin' for Woos we get What About Us which - to start with at least - sounds like it could either go into loud punk fury or, as it does, into a tender chorus, mixing distorted guitars with acoustic guitars, pianos, and even a string section. Elsewhere is the almost fully acoustic Turbulence. The intro is kind of similar to Thumbing My Way by Pearl Jam (an odd and unexpected influence, perhaps) before once again breaking into an absolutely stunning chorus on which Jaret Reddick's high vocals really shine.

Bowling for Soup in 2011 then are consistent and every bit as good as they ever were, although they may be lacking in major label promotion might, like they had when they broke through with Girl All the Bad Guys Want. Although it will not gain them many new fans - it is very much business as usual - Fishin' for Woos is a solid Bowling for Soup album, worthy of a listen from any fan, or anyone with even a passing interest in feel-good, honestly funny pop-punk music. 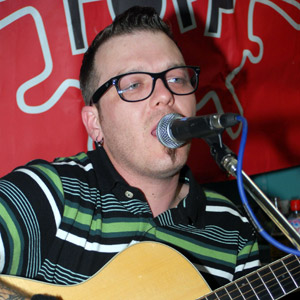 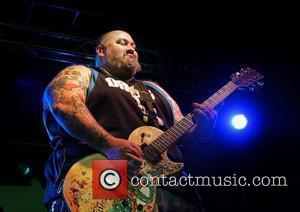 Which Rock Star Is The New Voice Of Chuck E Cheese?

Bowling For Soup - Fishin' for Woos 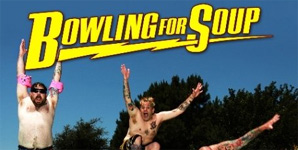 Bowling For Soup - Sorry For Partyin'