Now that both Radiohead and The Strokes are arguably long past their best, the indie world should be on the lookout for the next hot thing. What we have is, in reality, a torrid heap of bands in one corner trying to replicate the riotous stylings of The strokes and, in the other, boys with fringes looking at their shoes and trying to become the next Radiohead with mind numbingly dull results. 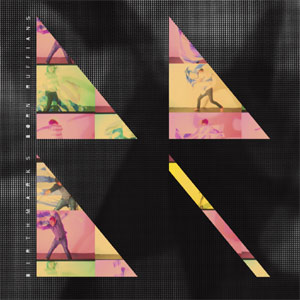 Enter Canada's Born Ruffians, who strive to sit musically somewhere in between the two. At times they even pull it off, to some extent. Birthmarks is their debut album, and it kicks off with a meandering vocal line which is almost folky, laid over a minimalist, percussion heavy instrumental track. It is interesting and incredibly hooky; exactly what you would hope for. It is on these hook filled, more pop influenced songs that Born Ruffians really shine. Cold Pop is based around a fidgety bass line and some impressive vocals which go from a Bob Dylan drawl to high pitched wailing. Permanent hesitation is another strong song, taking in almost a disco influence in its verses before breaking to an almost euphoric chorus. This is impressive stuff.

Elsewhere on the album, Born Ruffians take a few more risks and get a little more experimental, which sometimes comes off, as in Rage Flows which is packed with twists and turns, and the album's sombre ballad to finish, Never Age which features some incredibly tasteful piano and guitar interplay.

The experimental streak does not seem to work at all, however. This is most evident on songs such as So Slow, which is more keyboard driven but has not a lot of anything going on and 6-5000 which is let down by some almost distractingly lo-fi samples. On the flipside of this, some of the songs are so incredibly basic that the mix feels empty and the songs come off as indistinctive and dull, most notably Ocean's Deep and With Her Shadow.

In places though, Birthmarks exhibits a good start from a talented group of musicians. With a little bit of trimming and some stronger editing, this could have been a thrilling debut. As it stands, Born Ruffians have created a charming enough album with one or two great songs on it to lift it away from the endless mire of middle of the road indie music. Born Ruffians - What To Say Video 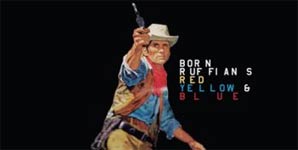