Review of What the Desert Taught You Album by Born Blonde

Born Blonde are one of those bands that just can't get enough of the 90s and hopelessly wish they were able to go back in time so they too could be a part of the iconic Britpop scene. With the overpowering boast of guitars and a strutting vocal with the precise balance of moody and confident, their debut 'What the Desert Taught You' fits in to this traditional sector. However, we're nearly in 2013 now, guys. How many more bands are going to look to this era for inspiration? 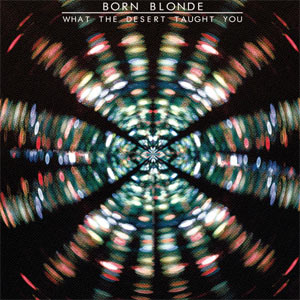 BUT they haven't done a Brother (sorry, Viva Brother) with their debut,  hallelujah! Meaning, they didn't really have their own take on the genre and offer up anything remotely new, and that obviously did them no favours. But there's good feelings about Born Blonde because of this 'trippy' wash that descends on the 90s theme. The psychedelic crossover is highlighted in 'Radio Bliss' where a dreamy trickle combines with a pulsing bass line and acoustic strums for a Stone Roses effect.

The London five-piece have released four singles this year, including 'Signs of Fear' and 'Solar', all of which feature on their debut.

'Light On' and 'I Just Wanna Be' are the big anthems, stadium anthems even, of the record. The bold choruses are fit for a mass sing-a-long and holding those desperate arms in the dense air. Arthur Delaney's vocal is particularly resilient in these tracks, bearing a similar tone to that of Kasabian's Tom Meighan. 'Light On' has a heavier intro compared to the other nine tracks giving it an even bigger impact. This intensity should really extend to several other songs on the record.

'These days I dream of pyramids on an emerald sky', states Delaney over and over again, setting an alluring, psychedelic scene. The echoed backing and firm bass line prevent you from getting too wrapped up in the bewildering Ancient Egyptian words. Or maybe the landscaping lyrics are something to do with the album title, with the mention of deserts and all.

Even though there are hints of some obvious influences on 'What the Desert Taught You', Born Blonde have certainly done a good job in making an album that they can call their own. Though, more initiative in their individual, heavier tracks needs to come through on a grander scale. 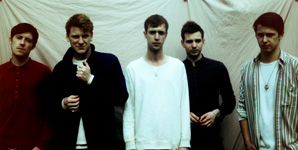 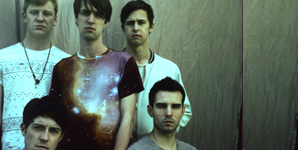