The world’s biggest live music promoter, Live Nation, has sealed a deal with the London Legacy Development Corporation, to stage a series of festivals and concerts at the Olympic Park in Stratford.

After the success of last year’s London 2012 Olympics, there has been much talk of the legacy of the Olympics and the use of the purpose-built venues, now that the glory of the event has died down. The Telegraph have reported that Live Nation will be using the Queen Elizabeth Olympic Park to host this year’s Wireless Festival as well as the Hard Rock Calling event. In addition to these, at least two “celebratory events” will also be held to mark the first anniversary of the games.

Though the musical acts have not been announced for these events, London Mayor Boris Johnson is nonetheless excited about the proposed deal. “Our vision for the Queen Elizabeth Olympic Park has always been as a destination for world class sport as well as major cultural and leisure events,” said the Mayor. "The confidence shown by one of the world's leading live entertainment promoters to relocate two of its biggest music festivals from the centre of the capital is a ringing endorsement of our legacy plans.”

Both Hard Rock Calling and Wireless were held in Hyde Park last year but another event there, the 80s themed Hit Factory, had to be cancelled after a string of bad weather had left the ground unsuitable for another event. The details of the musical acts scheduled to appear at the Olympic Park are expected to be announced by Spring 2013. 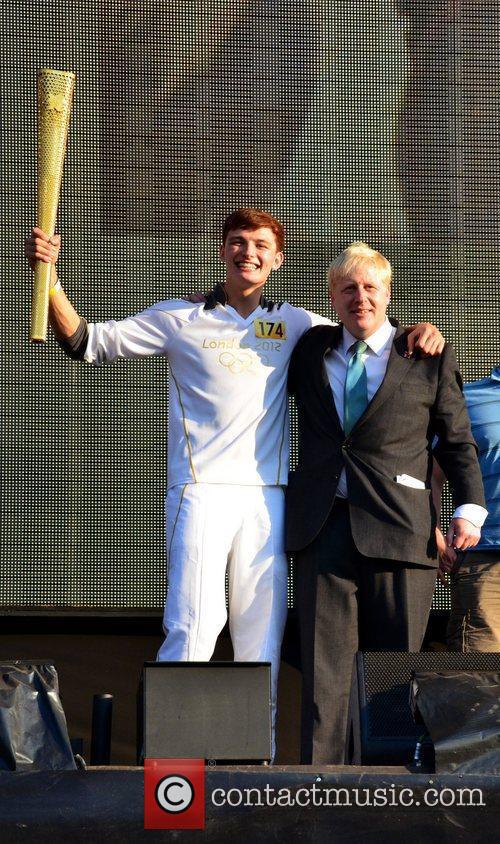 Boris Johnson during the Olympic torch relay, for the London 2012 Olympics