Fergus Miller releases his debut album next month under the name Bored Nothing. The Melbourne artist has been recording in his bedroom with a four-track recorder and a vast landscape of ideas and imagination. The 14-track album takes its playlist mostly from a number of different tapes and recordings Bored Nothing has produced over the past few years. The number of songs is a bit excessive for a debut though; it would have given its same message in 10 and made for a much sharper record. But it's a testament to the number of nicely crafted contributions Fergus Miller has to throw at his debut. 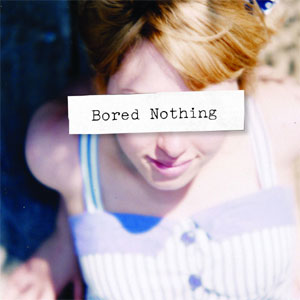 The self-titled record has 90s written all over it, in it, under it and through it. The sound of the era is seeping back into 2013 culture what with the likes of Birmingham band Peace and their 90s inspired tracks being received so well. Also, there's a whole host of legendary 90s acts reuniting in a waft of curiosity, have they still got it? And ahem, money. That includes Britpop masters and boybands/girlbands/boy and girl bands alike.

If this was released in that era it would have cosied up to the more alternative picks. Miller's vocals, which have previously been likened to Elliott Smith, coat the hazy grunge and indie influences the album radiates. Particularly the seemingly lullaby-esq hints in 'Charlie's Creek' and 'Get Out Of Here', which also provides more grit via the songwriting - "I remembered walking with you, suddenly I felt afraid" and "So the cops found me that night in the park I was drunk and tripping though the dark".